Vitamin D is one of the most important micronutrients in the human body. It’s also one of the least absorbent ones, leaving the majority of the population deficient. Proper supplementation and smart sun exposure are key to bringing our numbers to satisfying levels. But, what’s the best way to go about it and why? Here’s what we know.

What is Vitamin D?

Is it a vitamin, a hormone, or a combination of both? Officially, vitamin D is a fat-soluble vitamin that’s prevalent in ultra-violet (UV) rays and our bodies mostly get it from sun exposure. It also exists in certain foods (naturally and added artificially through fortification) as well as dietary supplements. However, some experts like to refer to vitamin D as a hormone or a pre-hormone that stimulates the absorption of calcium by turning specific genes on and off.

Whether one is better than the other for human health is still unknown. According to the National Institute of Health’s Office of Dietary Supplements (NIH), both vitamin D2 and D3 are capable of increasing the levels of vitamin D in your blood. Some studies suggest that vitamin D3 is a bit more efficient in doing so, but researchers agree that more evidence is needed to make a final conclusion.

The Role of Vitamin D

Whether you’re on the vitamin or hormone side of vitamin D, its main role is the same: to help your body absorb and retain calcium it needs to maintain optimal bone health. It also helps absorb and retain phosphorus, aids in reducing inflammation and potential infections, and it may be a great ally in the fight against cancerous cells.

Vitamin D plays a very important role in the human body that cannot be replaced or replicated by any other micronutrient. Unfortunately, most people in the world are vitamin D deficient and that’s why it’s crucial to keep its levels as optimal as possible, checking your numbers and acting accordingly.

What Causes a Vitamin D Deficiency?

The global epidemic of vitamin D deficiency is caused by a myriad of different factors, some of which we can influence and others we can’t. Luckily, there are plenty of ways to elevate your vitamin D levels and ensure your body is absorbing as much calcium and phosphorus it needs to improve the health of your bones and cartilage.

Generally, the causes of vitamin D deficiency include:

The symptoms usually present themselves in a very general manner, meaning they are rarely linked to vitamin D deficiency from the start. These symptoms include:

In the case of children, vitamin D deficiency can be quite serious since it causes rickets. This shows up as incorrect growth patterns, joint deformities, bone pain, and severe muscle weakness. Human breastmilk contains negligent levels of vitamin D so supplementation is crucial, especially during the first year of a child’s life.

In order to get diagnosed with a vitamin D deficiency, it’s necessary to perform a blood test. There are two different tests that can be ordered by your doctor, but the most common one is the 25-hydroxyvitamin D test which detects the concentrations of vitamin D in your blood. Even though different labs use different numbers for references, NIH recommends the following range:

For most people who have a diagnosis of a vitamin D deficiency, the usual recommendations would be to get at least 15-20 min of sun exposure a day, add more vitamin D-rich foods into their diet, and add a dietary supplement.

When it comes to sun exposure, it’s important to be smart about it as overexposure, especially when paired with no sunscreen use can cause sunburn, which is known to increase the risk of developing skin cancer.

In terms of vitamin D-rich foods, there aren’t many. And even in the ones that contain vitamin D, it isn’t very bioavailable, meaning your body won’t absorb even nearly enough for your levels to become adequate.

That’s why your best option would be a dietary supplement. The recommended dietary allowance (RDA) is variable depending on your age:

That being said, there are some people who need more than that because they live in countries with very little sunlight throughout the year or because their bodies simply cannot absorb enough vitamin D even with adequate sun exposure. 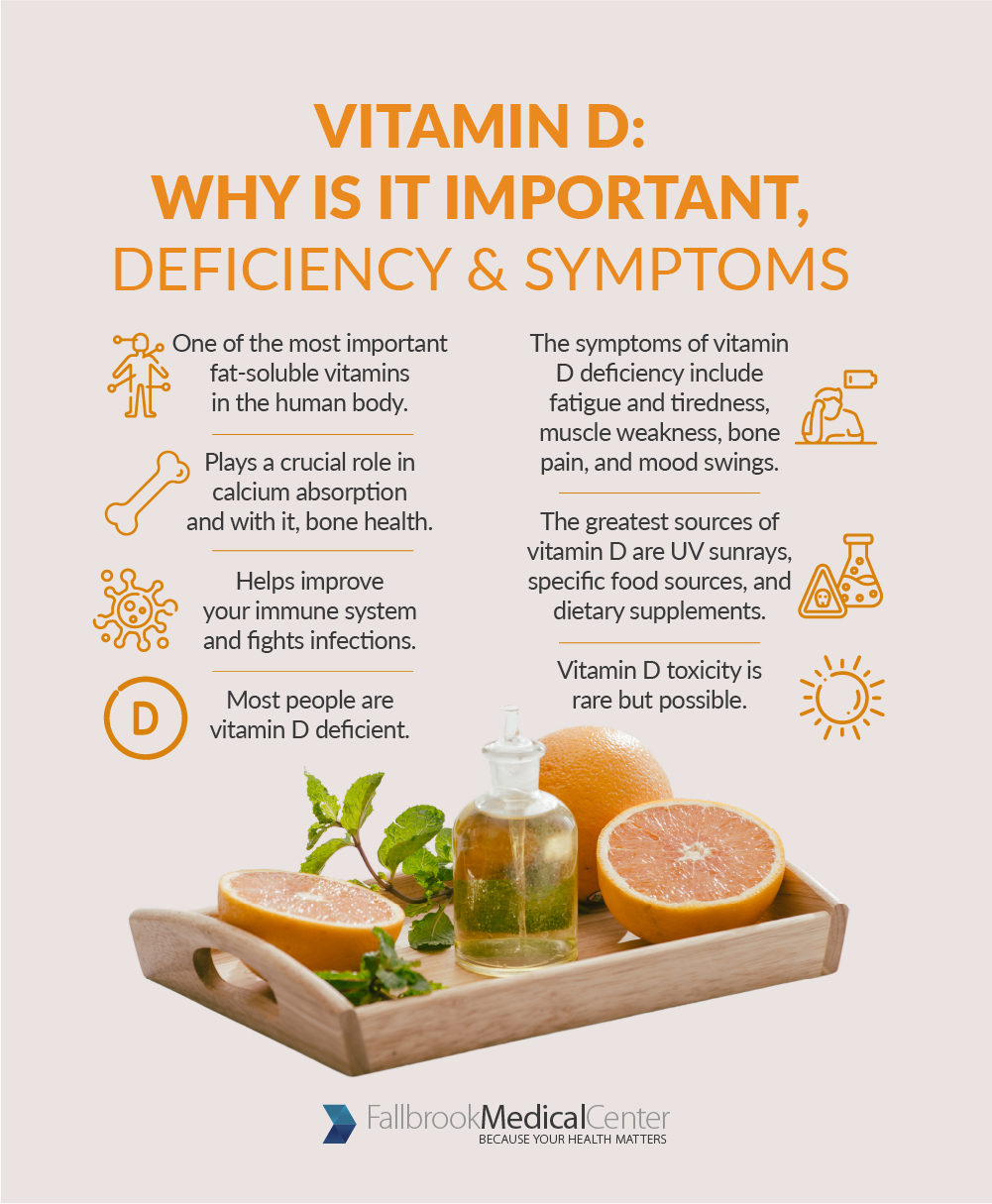 Side Effects of Too Much Vitamin D

Since most people are vitamin D deficient, having too much vitamin D in your blood is really rare. However, vitamin D toxicity can occur, usually in people with certain medical conditions such as granulomatous disorders, congenital disorders, specific lymphomas, and dysregulated vitamin D metabolism.

Vitamin D toxicity can also occur in cases where you severely exceed your RDA due to misuse of your supplements or a prescription error. Still, this has to be happening for a prolonged period of time for your body to actually start accumulating large doses of vitamin D. Whatever the case may be, the side effects are the same as they cause elevated calcium levels in your blood. This causes

Avoid buying and taking vitamin D dietary supplements on your own and always consult with your healthcare provider about the necessary dose for you and your health needs.

Recent research suggests that vitamin D may be an incredible ally in the prevention and fight against cancer. The evidence on vitamin D and breast cancer took the world by storm, showcasing that up to 50% of breast cancer could potentially be prevented with vitamin D supplementation. And it seems like vitamin D helps prevent and increase survival rate with other cancers too, especially prostate cancer, ovarian cancer, and colon cancer.

Vitamin D is extremely important and yet, almost every single one of us is vitamin D deficient. Check your levels on a yearly basis and make sure to do the necessary steps if your levels are too low. Your health depends on it.

nextInflammation Is the Root Cause of Many Diseases